LadyCare, reported to relieve symptoms of menopause for 71% of women by rebalancing part of the Autonomic Nervous System (ANS).

Find out more about the ANS and how LadyCare works below.

LadyCare Menopause Ltd. is a British manufacturer and leader in Natural Health Products.

LadyCare products are manufactured to the highest standards at our factory in Bristol, UK.

We have invested in extensive research and development over many years. Read more about our research. Thousands of women have given us feedback on their personal experiences with their LadyCare device. Together, these have allowed us to create the product that we believe will provide the greatest benefits and support women experiencing symptoms of menopause.

Symptoms of the menopause are annoyingly unpredictable, and every woman needs to manage her personal journey as best as she can. LadyCare is here to help you through that journey.

LadyCare Menopause is Unique it is not just a simple magnet. LadyCare is totally different it contains a series of very powerful magnets that are especially manufactured to our specification LadyCare also contains a very important patent protected Directional Device.

A number of surveys have been conducted which reveal that LadyCare could help to relieve menopausal symptoms. The findings of two major studies by Dr Nyjon Eccles (BSc MBBS PhD MRCP) are detailed below:

LadyCare Study with the British Association of Women Police

In the most recent survey of LadyCare, 71% of the women involved reported fewer hot flushes after using the product. Dr Nyjon Eccles conducted the survey of 35 women from the British Association of Women Police, who worked for the Dorset Police force in the UK.

Dr Eccles’ research set out to establish how LadyCare worked after a previous study had shown the device to have such a positive effect in relieving menopausal symptoms.

As menopausal symptoms are regulated by the autonomic nervous system (ANS), which controls sweating and other bodily functions, Dr Eccles proposed that LadyCare was helping to balance the ANS.

All of those in the studies were peri-menopausal or menopausal and suffering with the symptoms associated with the menopause, especially hot flushes or night sweats. A recognised, non-invasive method of measuring ANS activity is by heart rate variability (HRV). Close inspection and measurement of the heart rhythm reveals that the measured time between each heartbeat varies. This variation is a reflection of the influence of the sympathetic nervous system (SNS) (speeding the heart) and parasympathetic nervous system (SNS) (slowing the heart down), and so it is a convenient way of measuring ANS activity.

The participants in the studies wore a LadyCare device continuously for three months. Of those involved in the study, 71% reported alleviation of their menopause symptoms one month after wearing LadyCare continuously. This also coincided with the data recorded on the HRV machine linking the menopausal symptoms with an imbalance in the ANS, which LadyCare could help to restore.

Survey to determine the effects of LadyCare on menopausal symptoms

This study was prompted by anecdotal reports that menopausal symptoms were significantly improved whilst wearing LadyCare. Dr Nyjon Eccles decided to explore this further by conducting a survey to assess these effects with a larger group of women.

508 women experiencing the perimenopause or menopause responded to an advert placed in the Daily Mail offering a free trial of LadyCare. Subjects were asked to report the duration of their symptoms and to rate them on a scale of 0 to 5 (with 0 indicating no symptoms and 5 indicating severe symptoms) prior to using LadyCare and after one, two and three months of using LadyCare continuously.

The survey found that across the group, participants reported that the following menopause symptoms:

“We have trialled LadyCare on around 20 patients thus far who have had menopausal symptoms such as hot flushes, sweats, depression and mood swings. With the exception of one patient they all improved 100% with resolution of symptoms. Only the one patient had no benefit.”

Research conducted on LadyCare by Dr. Nyjon Eccles (2011) with the British Women Police using a heart rate variability machine enabled us to elucidate its mechanism of action in alleviating menopause symptoms.

About the Autonomic Nervous System (ANS)

Menopause symptoms are the result of a natural reduction of hormones, primarily progesterone and oestrogens. These reductions are believed to be the cause an imbalance to the Autonomic Nervous System (ANS), which is responsible for controlling bodily functions, including stress reactions such as sweating, body temperature, circulation, heart rate, bowel and bladder function, and more.

There are two divisions of the ANS, the Sympathetic Nervous system (SNS) and the Parasympathetic Nervous System (PNS). Symptoms such as sweating and anxiety, which are commonly associated with menopause, are under the control of the Sympathetic division, which is our body’s fight-flight stress reactor system. For example, when we perceive a threat, this is the system that causes our heart to beat faster and our pupils to dilate to allow more light for enhanced visual acuity and faster reactions.

In contrast, the Parasympathetic division (PNS) is responsible for REST and DIGESTION. This is the body’s repair and regulatory system and it tends to have the opposite effect to the SNS. For example, the SNS speeds the heart rate while the PNS slows it down. The two systems work together to regulate all of our organ systems. 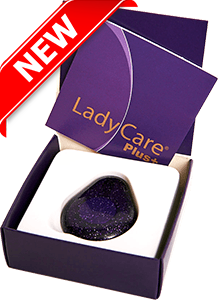 The new LadyCare Plus+, natural Relief from menopause symptoms in a discreet, comfortable and easy to use device. 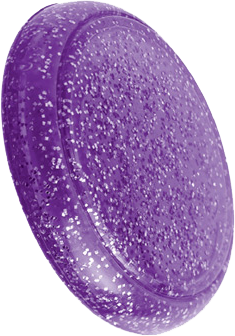 Lost your LadyCare button? Not to worry, you can buy a replacement from our online shop.

Find out more about LadyCare, check out our FAQ section.

Want to see more product information, or purchase your own LadyCare, take a look at our online shop.

Want more information about Menopause or want to learn more about LadyCare, check out our Blog.